Finally A Good Use for Touch ID:1Password

At WWDC14 Apple announced that it was opening up Touch ID to all developers.AgileBits, developer popular password vault 1Password, has demonstrated several promising new applications of the biometric fingerprint sensor built into the home button on the iPhone 5s.

In a blog post and accompanying video, AgileBits shows how Touch ID can be used to:

Make no mistake about it, this is revolutionary. These three features alone make Touch ID a viable and powerful security technology, a generation ahead of the anemic unlock code and App Store purchases that Touch ID is limited to today.

The billion dollar web site you paid for

August 15, 2014 | Comments Off on The billion dollar web site you paid for

Perhaps no news about HealthCare.gov, the Federal healthcare exchange website and supporting systems, is shocking anymore. We all know that it was an utter disaster at launch on October 1, 2013 and was completely unusable for some time thereafter. But eventually they got it to the point of being usable, so no harm no foul, right?

You may not think so after reading the recent GAO (Government Accountability Office) report HEALTHCARE.GOV — Ineffective Planning and Oversight Practices Underscore the Need for Improved Contract Management. The report is embedded at the bottom of this story.

Infrastructure as a Service providers make a very compelling argument for businesses to stop running their own data centers and simply purchase server capacity on-demand and scale up and down as needed. This is our deep dive on IaaS strategy and best practices

Not only was the project a technical disaster — development was originally supposed to be complete October 1, 2013, but the schedule is now for the end of 2014 — but it has cost far, far beyond what was budgeted and far further than what could be called reasonable for such a

It’s a common scene from TV: Our hero sneaks into the villain’s office, plugs in a USB stick and — flash! — all the secret plans to conquer Chicago are sucked down into the thumb-drive. The only fiction is how fast it takes to download data. In the real world, office data thieves walk out with stolen data everyday on their flash drives.

It could be worse. USB sticks can also carry malware. Or, as SRLabs security researchers Karsten Nohl and Jakob Lell propose to show at Black Hat, an ordinary USB pen drive can be turned into an automated hacking tool.

The base problem, according to the pair, is “USB has become so commonplace that we rarely worry about its security implications. USB sticks undergo the occasional virus scan, but we consider USB to be otherwise perfectly safe — until now.”

Is Russia Poised to Retaliate Against Sanctions With Cyber Attacks?

August 9, 2014 | Comments Off on Is Russia Poised to Retaliate Against Sanctions With Cyber Attacks?

Way last April, a time when the world seemed a more peaceful place, Leon Panetta and Richard Clarke were quotedwarning of impending Russian cyber attacks in the wake of an escalating response from the West to Russia’s intransigence in the Ukraine.

While there have certainly been a spate of defacements that are two sided and confusing to sort out during this burgeoning conflict, there has been nothing as dramatic as the Estonia ’07, or Georgia ’08 attacks.

But things have changed. In the wake of the downing of passenger jet MH17 the European Union and United States have come together to impose combined economic sanctions against Russia. According to the New York Times thesanctions include “the closing of European capital markets to Russian state banks, an embargo on new weapons sales and the transfer of sophisticated oil drilling technology.”

Due to sudden illness, Cindy Pasky will not be on this show but will be with us in the future.

Richard Stiennon is a noted expert in Internet Security who attended the Black Hat Security Conference this past week.  Richard’s extensive history in digital security has made him a sought after consultant to governments and corporations around the globe.  He feels the bigger story is: Is Russia Poised to Retaliate Against Recent Sanctions with Cyber War?

Nicole Johnson has been a Systems Engineer and has worked across business units within Cisco for over 8 years.  Her experience ranges from Security Consulting to Technical Marketing for Learning and Development. She has served as an Adjunct Professor at Davenport University and Lansing Community College. Nicole is also a leader in the community with technology oriented non-profit and learning organizations. Recently she won the mentee of the year award from MCWT for working … 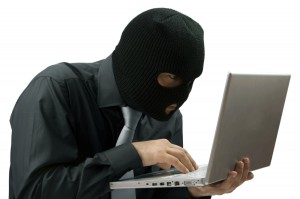 The records, discovered by Hold Security, a firm in Milwaukee, include confidential material gathered from 420,000 websites, including household names, and small Internet sites. Hold Security has a history of uncovering significant hacks, including the theft last year of tens of millions of records from Adobe Systems.

August 2, 2014 | Comments Off on Senate blasts mobile carriers for profiting from phony fees

The Senate has joined the Federal Trade Commission and Federal Communications Commission in chastising the four top US wireless carriers for skimming money from customers.

In a lengthy report (PDF) released by Senate Commerce Chairman Jay Rockefeller (D-W.Va.) on Wednesday, AT&T, Verizon, Sprint, and T-Mobile are accused of a practice known as “cramming,” in which wireless carriers allow mystery fees to appear on consumers’ phone bills without notification.

These mystery fees are typically fraudulent and unauthorized third-party charges, ranging from $1.99 to $19.99 a month, for things like ringtones or “premium” services, such as a daily horoscope. Users don’t normally see these charges because they’re buried deep within monthly phone bills.

The report calls cramming a “widespread” problem and says that “hundreds of millions of dollars” in unauthorized charges have likely racked up on users’ monthly phone bills.

Falling tablet sales: The problem is they're just too good

August 1, 2014 | Comments Off on Falling tablet sales: The problem is they're just too good

If you follow the news of the mobile tech industry, you have likely seen stories about dropping tablet sales. These are often accompanied by an analysis that wonders if the buying public is ready to cast tablets aside and move on the something new.

The latest example of tablets in the news was an interview of Best Buy CEO Hubert Joly by Walt Mossberg of Re/code. Joly made the statement that tablet sales are “crashing,” and that set analyst pens into overdrive. Fact is, Joly went on to admit that “crashing” is a strong term.

I don’t think that interest in tablets is waning, everywhere you go you see owners happily using one tablet or another. They carry them everywhere they go and whip them out every chance they get. They have replaced the laptop in many cases for many owners.

August 1, 2014 | Comments Off on How one judge single-handedly killed trust in the US technology industry

Some people volunteer at shelters. Some people play video games. Some work tirelessly for 80 hours a week for the sake of their startup.

Some destroy the global trust in the US technology industry.

In a single two-hour courtroom session on Thursday morning — just in time for lunch — US District Judge Loretta Preska ruled on a case that has massive global implications for US technology giants.

It’s not like there was much left in the wake of the Edward Snowden disclosures, which threw nine Silicon Valley giants under the global surveillance bus more than a year ago. But we were coming to a point where our collective trust levels in these companies, which are fighting for their right to disclose government data request figures, were slowly rising — at least in the US.

To the outside world, lack of trust was still a big issue. Particularly for Europe. As the closest continental friend to the US, there was a lot of work that needed to be done.

But as relations were beginning to improve, the US judiciary decided that, for the purposes of its own law enforcement …

IT in the D: Networking Detroit “One Beer at a Time”

It’s outrageous, it’s informative and it’s hugely popular.  IT in the D is a weekly, two hour podcast developed from the ground up by a group of Detroit IT warriors who decided that the young and growing IT industry in and around Detroit needed a voice. And, boy, did we get one!   Jeff Mackey and Bob Waltenspiel, two of the stars of the show (along with David Phillips) will join us in studio to talk about the state of IT in the D (the program and the industry) and about podcasting as the wave of the future for reaching masses of people focused on a narrow subject vs. broadcasting which casts a broad net. Don’t miss the conversation!

The IT in the D Story

Click Here to Listen to IT in the D

Mike Brennan, Editor and Host of MiTechNews, and