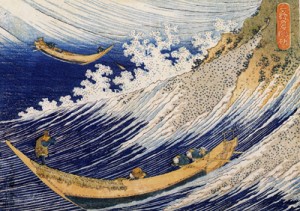 Michiprenuer and the new economic pioneers in the D

Amanda Lewan shares her passion for promoting businesses in Detroit’s gritty new world rising out of the ashes of bankruptcy.  She is co-founder of Bamboo Detroit, a workspace for startups and entrepreneurs at Brush and Gratiot in downtown Detroit. Amanda is also the editor of Michipreneur, an online publication, built to empower entrepreneurs, encourage investment, strengthen small business, and foster talent retention in Michigan. They publish news, resources, events, funding information and more for Michigan startups and businesses. 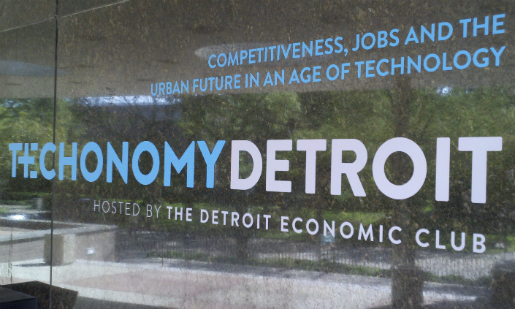 Detroit was the Silicon Valley of 50 years ago. It was the center of innovation. How do you get the people who left Detroit to come back here? It really is all about talent. STEVE CASE CHIEF EXECUTIVE OFFICER, REVOLUTION LLC

David Kirskpatrick,  founder of Techonomy talks about the upcoming Techonomy Detroit on Sept. 16 and what he …

August 29, 2014 | Comments Off on Five ways to keep your student's digital life safe 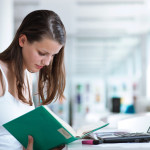 As students return to school, technology goes with them. That technology—and the data generated by it—is valuable not simply as a means for getting school work done, but also as entertainment for those brief hours between one assignment and the next. It’s for this reason that it pays to plan for disaster. With a single massive power burst, storage media that suddenly heads south, or interaction with a light-fingered ne’er-do-well, the technology your student depends on can vanish. Take these five tips to heart, however, and the loss of a device or data need not be catastrophic.

What to expect from Apple's September 9 event

Dan Moren@dmoren
Roll them bones, strain the tea leaves, and consult your crystal balls. WithApple’s September 9 event now a matter of public record, the only sensible way to while away the hours over the next week and a half is to speculate about what precisely the company might have hidden up its sleeves strange temporary building.There are any number of rumors afoot about what Apple has in the works, but that doesn’t mean that every single theoretical device from Cupertino will pop up at September’s event. But there are certainly plenty of options to choose from, especially given Apple’s coy “wish we could say more” invitation.

KingSoft offers an alternative office suite that have been reviewed and approved by PC World Magazine and is my 1st choice. When I have inherited a laptop I usually restore the computer to factory defaults, uninstall the Microsoft Office evaluation suite and install KingSoft from WPS.com. Download Link

OpenOffice – The Apache Open Office (www.openoffice.org) has been around for over 10 years and is a wonderful alternative to the Microsoft Office suite. Download Link.

LibreOffice – We were introduced to this office suite when using Linux instead of Microsoft Windows as our computers operating system. Libre Office also offer a Microsoft Windows compatible version that is just as robust and can be downloaded from www.libreoffice.org. Download link … 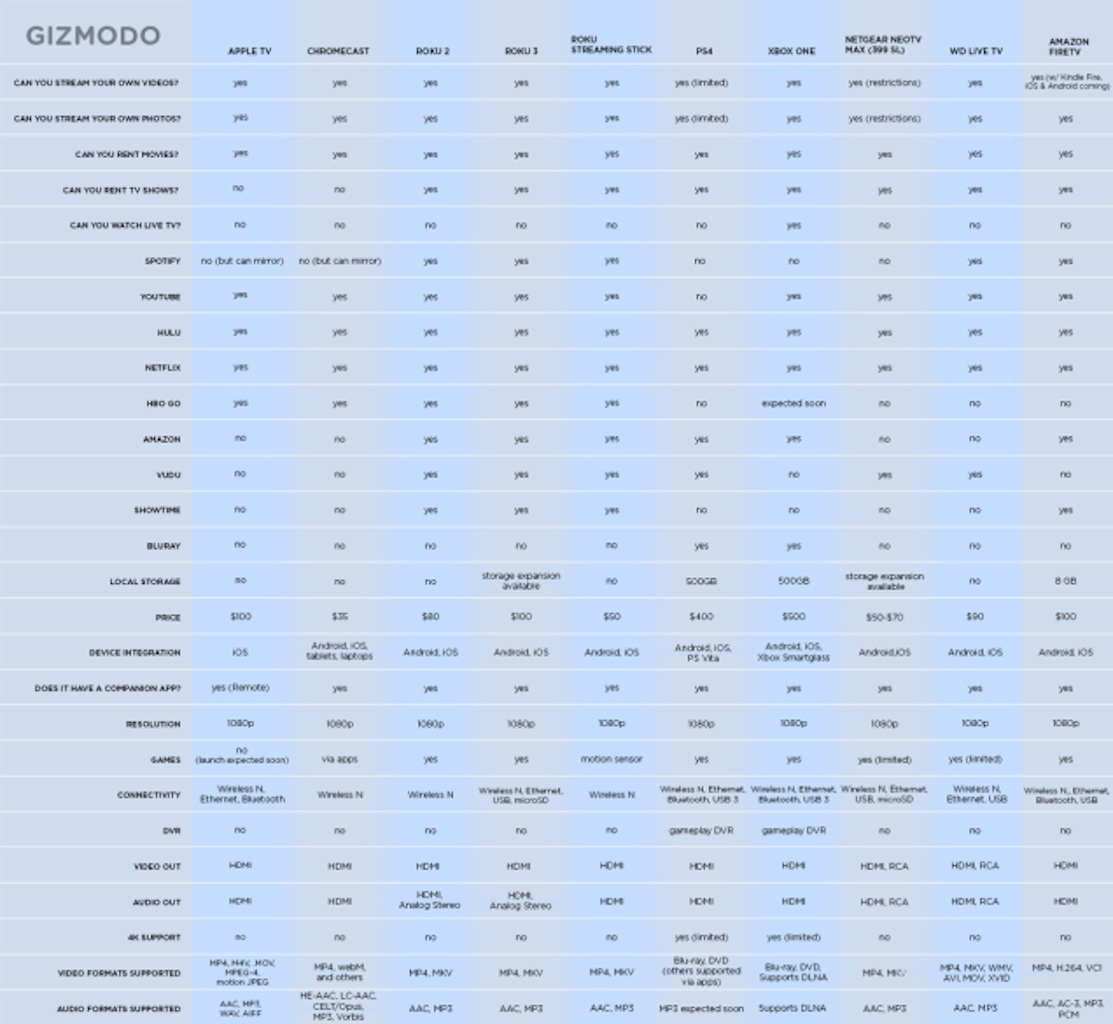 Will Roku bring smart TVs into the cool crowd?

August 23, 2014 | Comments Off on Will Roku bring smart TVs into the cool crowd?

Low-price Hisense and TCL sets with Roku’s brains built in may have the best shot yet at moving smart TVs from niche shopping consideration to popular norm.

Smart TVs have long been exiled to the outcast table, but Roku televisions may be arriving at just the right time and the right price — cheap — to move connected televisions into the mainstream.

Roku is integrating its popular TV streaming-box capabilities for the first time into television sets from TCL and Hisense, big Chinese manufacturers that are making their largest concerted pushes into the US with the Roku lines. Originally announced in January at the Consumer Electronics Show, Roku sets from TCL are now available for preorder from Amazon and to be sold by major retailers in the coming weeks, with the Hisense TVs set to hit stores late next month, the companies said Monday.

Most importantly, they’re priced to move. A 32-inch set from TCL, for example, costs $229. 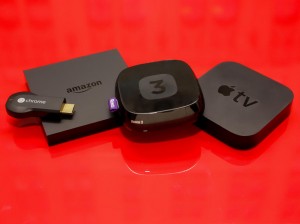 Chromecast, Amazon Fire TV, Roku or Apple TV: which is the best feature for feature and dollar for dollar?   Rick Broida, the Gadget Guy, @justrick,  picks the best of the “streamers”, digital devices that connects you to a world of entertainment on your TV over the Internet.  Key to cutting the cord or just another gadget to attract dust? Gizmodo Streamers Comparison Chart

Rick had another surprise that will have everyone in studio running for cover.

Matt Roush has guided Detroit readers and listeners for years with his insights into technology and its place in Michigan.  Now Matt is  the Communications Director for the Engineering Society of Detroit.  This venerable Detroit institution is out front providing forums for development in Michigan and Detroit. Matt is also the editor of Technology Century Newsletter for the ESD.

Click Here to Listen to Matt Roush from ESD

August 20, 2014 | Comments Off on Steve Balmer Leaves Microsoft Board

Mr. Ballmer, fresh off his $2 billion purchase of the Los Angeles Clippers basketball franchise, indicated that his duties as team owner, among other interests, wouldn’t leave enough time to stay on Microsoft’s board.

“I think it would be impractical for me to continue to serve on the board, and it is best for me to move off,” Mr. Ballmer said in a public letter to Mr. Nadella, who became CEO in February. “I see a combination of the Clippers, civic contribution, teaching and study taking a lot of time.”

Jack Zahran, President of the Pinkerton, joins us to talk about why one of the oldest corporations in the US decided to move their home base to Ann Arbor, Michigan.

Jack Zahran and Foster Braun continue the conversation about the shift in PInkerton’s focus and offices to Metro Detroit and what that will mean for services they offer companies.

Jeff Harter is a long time listener and the owner of PC Gladiator, a local computer repair shop in Livonia, MI.  Jack will be our special co-host for the show and help answer questions during the second hour.  We are delighted to have Jeff share the trends in computer sales and problems people are having with their computers. 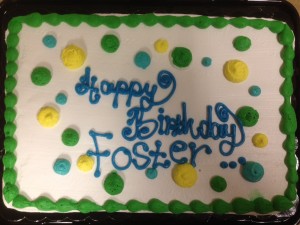 USB 3.0 Promoter Group has announced that it has finalised its redesign of the USB.

Called USB Type-C, the specification — which was announced last December — aims to solve several problems with current USB design; possibly the most exciting of which is the eradication of “right way up” with a reversible plug. Like Apple’s Lightning connector, it can be plugged into its port either way.

The new USB is also designed both to be small enough to fit mobile devices, yet robust enough for laptops and tablets.

“Interest in the USB Type-C connector has not only been global, but cross-industry as well,” said USB 3.0 Promoter Group chairman Brad Saunders. “Representatives from the PC, mobile, automotive and IoT industries have been knocking down our door anticipating this new standard. This specification is the culmination of an extensive, cooperative effort among industry leaders to standardize the next generation USB connector as a long-lasting, robust solution.”

The USB is comparable in size with micro USB 2.0 Type-B connectors, with a port size of 8.4 by 2.6mm, yet will be compatible with