IT in the D: Networking Detroit “One Beer at a Time”

It’s outrageous, it’s informative and it’s hugely popular.  IT in the D is a weekly, two hour podcast developed from the ground up by a group of Detroit IT warriors who decided that the young and growing IT industry in and around Detroit needed a voice. And, boy, did we get one!   Jeff Mackey and Bob Waltenspiel, two of the stars of the show (along with David Phillips) will join us in studio to talk about the state of IT in the D (the program and the industry) and about podcasting as the wave of the future for reaching masses of people focused on a narrow subject vs. broadcasting which casts a broad net. Don’t miss the conversation!

The IT in the D Story

Click Here to Listen to IT in the D

Mike Brennan, Editor and Host of MiTechNews, and

Jason Johnson, producer for F7 Studios and podcast channel join us to talk about the first year of co-editing the MiTechNews and our plans to expand our audience through a channel on F7 Studios network.  We are planning on increasing the amount of programming available to you on a regular basis through this new channel for information and entertainment

Hackathons are software challenges that put developers in head to head competition over the course of 24 to 48 hours.  Sam Harrell has won a string of these competitions.  Most recently he competed for $50,000 in a New York City hackathon, and came home with the grand prize.  He also won $20,000 from the state of Michigan’s Code Michigan hackathon.  Sam uses cutting edge technology like Augmented Reality along with data sets and web APIs to build new app experiences. 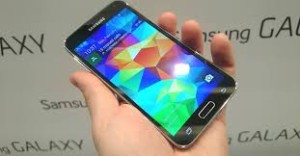 Computer shops recommended by YOU.