April 29, 2014 | Comments Off on Skype makes group video calling free on Windows, Mac, and Xbox One

Skype introduced group video calling officially back in 2010, and offers support for up to 10 people, but the feature has been a premium service for paying customers since it exited beta. The group calling feature is now free, however, with Skype announcing general availability for everyone on Windows, Mac and Xbox On….

April 29, 2014 | Comments Off on URGENT: Stop using Microsoft's IE browser until bug is fixed, US and UK warn

In a rare move that highlights the severity of the security hole in one of the Web’s most popular browsers, the US Computer Emergency Readiness Team and its British counterpart tell people to stop using Internet Explorer until Microsoft can fix it.

New Microsoft IE 11 -6 flaw discovered.  US government Homeland security recommends to stop using IE and to use an alternate web browser until Microsoft corrects the flaw.  Exploits already on the Internet.

Just looking at the multi-billion dollar acquisitions of Whatsapp and Oculus Rift, it was quite a first quarter for Facebook. Let’s see how those dents affected the balance sheet.

Apple’s cash-cow iPhone unit blasted analyst expectations, making up for one of the quietest three-month periods in the company’s recent history.

Apple reported on Wednesday fiscal second-quarter income of $10.22 billion on earnings of $11.62 per share (statement). Revenue was $45.6 billion, way past its outlook from its January earnings.
Wall Street was expecting Apple to report earnings of $10.17 per share on revenue of $43.55 billion.
In the three-months ending March 29, the company sold 43.7 million iPhones, up from the 37.4 million estimated by Wall Street.
But the technology giant’s iPad line-up plummeted. iPads remain one of Apple’s main business-focused drivers, particularly bring-your-own-device (BYOD) users who buy the tablet for work and home.
iPad sales were 16.35 million, compared to 19.2 million expected by Wall Street.  It’s little surprise that sales are down sequentially on its first quarter, which is typically its busiest period with the December holiday season. Apple’s sales often go down in its second and third quarters, ahead of anticipated device releases towards the end of the year.
Full Article … 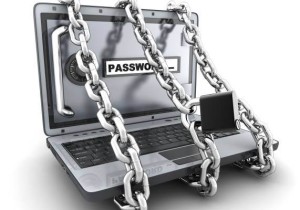 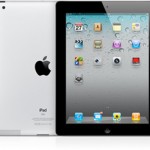 What happened to iPad sales?  Is Microsoft rebounding fast enough to survive?

What kinds are there? How do the work? Do you have to pay for them?  What are the best?

Click Here to Listen to MiTechNews and Podcast Channel

Check out our new Podcast Channel

Join the conversation with your questions during this live segment and benefit from years of tech troubleshooting expertise. REMEMBER: The only dumb question….is the one you don’t ask!

April 23, 2014 | Comments Off on New Podcast Channel for Internet Advisor 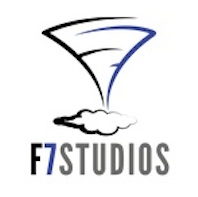 We are proud to announce the launch of a new podcast channel for the content you enjoy on the Internet Advisor throughout the year in collaboration with F7studios in Grand Rapids, MI.  This channel is produced and maintained by F7 Studio owner, Jason Johnson.

What makes this unique is that it will contain not only the our regular weekly podcasts but also “bonus” material from our interviews, commentary from noted security experts like Richard Stiennon of IT-Harvest and many others as the channel fills up.  Please bookmark this a a new place to find the Internet Advisors and a new world of related content.

Let us know what you think of this through our Contact Us button on our homepage. …

April 21, 2014 | Comments Off on Meet The Reversible USB Cable, Coming This Summer

Before Apple’s Lightning cable, I never even dreamed of a life where input/output cables could be reversible. Now, however, it’s hard to go back to standard and micro USB, because I got so lazy. Soon enough, however, USB is getting a new reversible standard called “Type-C” which is around the size of microUSB, and which replaces USB 3 cables entirely, on both sides.

We now have our first look at this tech, from Foxconn via some pre-production artist renderings (courtesy of The Verge). Don’t be surprised to see something that looks a lot like Lightning – if you’re building a reversible I/O standard, it’s going to look pretty much like the most efficient design to come before, which is Apple’s. It looks like the main connects might be inside the cable end, however, instead of on the outside, as they are with Lightning.

What is Aereo and why does it have the TV networks in an uproar?

April 21, 2014 | Comments Off on What is Aereo and why does it have the TV networks in an uproar?

This week the Supreme Court will hear arguments in a case that should determine the future of Aereo, an over the air delivery system for local TV signals.  Here is an article from earlier this year that describes the battleground and why this is an important battle in communications history.

Summary: Aereo is the new internet service company that has CBS and Fox threatening to shut down their broadcast stations and move their TV networks to cable. But what is Aereo exactly — and why does it have TV networks in such a state?

When Chet Kanojia came up with the idea of Aereo, I’m sure he never dreamed that broadcast TV networks, such as Fox, would threaten to shutter their local stations and move their content exclusively to cable to avoid it being shared over the internet.

Aereo wants to take broadcast TV to the cloud. (Credit: John P Falcone/CNET)
Aereo, itself, is based on a very simple idea. Many people want to cut the cable cord, but find it hard to watch the major broadcast networks even with an over-the-air (OTA) antenna. …

Topic: How to Watch TV on your Mac/iOS Devices

Join us for the next meeting where we will explore various ways of watching live TV and recorded shows on your Mac or iOS Devices.

Click Here to Listen to Steve Hyer and Team Rush

Stopping the Bleeding from Heartbleed

Richard Stiennon, Chief Research Analyst at IT-Harvest, is a noted security expert and our frequent contributor, gives us the big picture on the Heartbleed bug which has been described as one of the worst security holes in Internet history because of the depth of impact.  Ironically it has been generally unexploited for over two years until it was discovered recently by security researchers.  Richard gives us the big picture of the consequences of this bug and what we can do about it.

The Business of Promoting Michigan’s Business

Business makes Michigan tick and Michigan’s businesses are the primary concern of the Michigan Economic Development Corporation.  Mike Finney, President and CEO of the MEDC joins us to talk about …