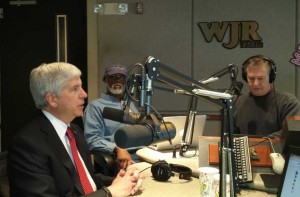 Windows XP is Gone and Windows 8.1 Update is Here

Dave Sawyer from Microsoft’s Heartland Offices in Ann Arbor joins us to answer questions about the new look of Windows 8.1 Update and the world after XP!

The Heartbleed Worm May Be

Aaron Crawfis may have struck gold when he developed a simple locator app for himself and his friends.  The freshman at Notre Dame University impressed AT&T gave him the prize for best app and the sky is the limit.  The app is called Beacon and it is being tested for release after Thanksgiving.

Richard Stiennon, Executive Editor,  securitycurrent, noted author (Cyber Styletto and SCADA and Me), analyst and international security consultant joins us again to sort out a blizzard of security headlines that have cropped up.  Where is this mess with the NSA heading?  Isn’t every national government that can spying on each other?  Richard has also published a unique book for “kids and management” called SCADA and Me  written by Robert E. Lee.

Jerry Carlson, reigning Device Ninja the  Microsoft Heartland District, focuses his time on helping his customers with innovative business solutions, like Ford SYNC, Ford WORKS and other in-vehicle technologies.  Jerry will walk us through the new MS Surface 2 and Surface Pro 2.…