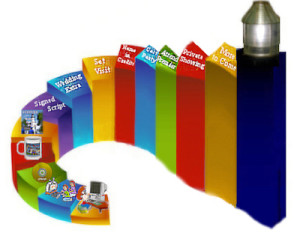 Technology of all sorts is radically changing our society and lives.  The independent film Keepers dramatically portrays the impact of those changes on the lives of the brave men, women and families who ran the lighthouses of the Great Lakes and beyond.  Sharma Krauskopf, executive director of the movie, joins us to launch Stage 2 of her tireless effort to get this movie produced in Michigan despite recent politically motivated repeal of movie incentives.  Sharma discusses the progress made, actors cotracted and crowdfunding campaign started for Stage II.

Stuart St. Paul, the film’s director, also called in from England to share his perspective on the road to producing Keepers.  He talked about the director’s job and the interaction with Sharma as screenwriter.  Stuart is currently directing a web-based mini-series in Great Britain call Shades of Bad.

A frank discussion with Sharma Krauskopf about the future of movie making and viewing. Streaming video on the Internet is taking a deep bite out of the already tottering movie …