Here is something to consider if you don’t need MS Office very much and certainly don’t want to pay for it.  Office 365 is cloud based.

The Usability of Passwords

Danish blogger Thomas Baekdel posted a fascinating article on how using simpler passwords is actually much safer than using complex ones that are  hard to remember.  The crew will discuss this during the opening segment of the 4/30/11 Show. …

Don’t forget that Hour 2 is dedicated to answering your questions.

Let Me Google That For You

This is a really fun site for helping someone see how easy it is to ask a question and get answers.  (Let Me Google That For You).  Here is an example
Ed Rudel

The top 15 innovative mobile apps to watch in 2011

Taken from CIO magazine.  These are the apps to watch as various tablet platforms take off this year.

Links From The Show
Livio Radio

Is the iPad Really Eating into PC Sales? 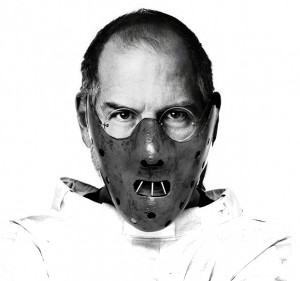 Mike Elgan is a blogger with a flair for the dramatic and a year ago he brought nearly the whole blogosphere down on his head for predicting that the iPad spelled the end of the PC dominate era.  His most recent reflections are well worth the read as one analyst after another re-calibrates the impact that the iPad is having on PC sales.  At very least it’s worth looking at the ingenious graphic he created for the article! …

SEMCO: The Future Is Now

(Note from the Editors of Internet Advisor:  We publish this address delivered at the 35th anniversary gathering of SEMCO on 4/10/11 because of some interesting perspectives both on the past and the future of computing.)

The Future is Now!

I would like to address six examples to show why the “future is now” in the rapidly developing computer world. SEMCO started in 1976. These are some of the reasons why what was science-fiction in 1976 is reality in 2011. Sometimes we are imbedded in the culture and don’t see the tremendous changes that have occurred:

(1)  Overcoming limitations: We no longer deal with the limitations such as computer speed, limited memory, and limited external storage.

(3)  Virtual Worlds: The world of Second Life and multi-user games.

(4)  The “Watson” supercomputer that beat the human Jeopardy contestants.

So imagine, if you will, that you have stepped out of the time machine from 1976.

I think that, for people who have been in …

April 9, 2011 | Comments Off on Internet Search tips and tricks

Can you imagine the internet without web search capabilities?   We would have to know specific web site addresses for every web site we visit.  A simple comparison would be memorizing all of the phone numbers we use on a daily basis and if we needed to find a new business or person we would have to look the information using the yellow or white pages.

Internet search portals provide the ability to type in a simple name, phase, or question and display a list of web site links that contain the words you provided.  These search results can be overwhelmingly huge and may or may not pertain to the information you were looking for.

The more specific the information you provide (the search criteria) the better the results.  Internet sites like “Google, Bing, Yahoo, or About.com are continuously refining and improving but there are a number of tips you can use to improve your Search results on your favorite Internet search site.

If you have an Internet Search tip or trick, send …