May 4, 2013 | Comments Off on Electronic Travel: Foster Braun 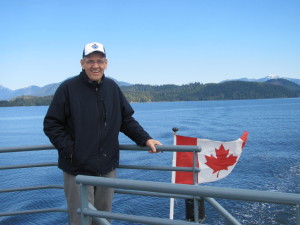 I was not so lucky on the ferry ride back to Seattle.  There were many outlets…but all were taken.  During the extra long 5 hour ride I nearly ran out of battery on my iPhone 4 which seemed to go really quickly.  This was critical because I needed to change my flight because of weather …