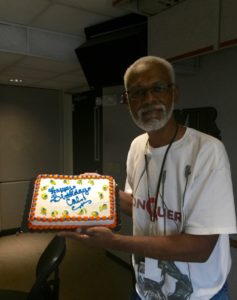 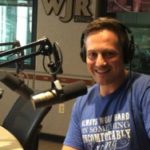 Damien Rocchi, the CEO and co founder of Grand Circus, believes that everyone should have the access and the opportunity to have a tech career. They deliver 10-week coding bootcamps focusing on the skills most in demand to address the disparity between Detroit’s tech workforce and the exploding demand for tech talent.

In addition to training, Grand Circus operates one of 9 Google for Entrepreneur tech hubs—a partnership that provides technology, mentoring & connections to Detroit’s startup ecosystem. They also host 50+ entrepreneurs in a co-working space and oversee a regular schedule of community events. 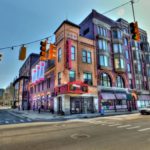 Grand Circus is taking its show on the road…to Grand Rapids! They’ll be hosting their first bootcamp starting late October in the city.  Join them Sept. 27 at  Blue35  for their next *free* Intro to Coding Workshop in Grand Rapids.RSVP!)

“We continue to see the need for developers increase throughout Michigan, and we’re excited to bring our .NET (C#) coding bootcamp to Grand Rapids,” said Damien Rocchi, CEO of Grand Circus. “By 2020, there will be an estimated 1 million unfilled computer-science jobs. It’s important that qualified training institutes, like Grand Circus, expand to new cities to alleviate this skills gap.”

The .NET Bootcamp will begin October 24 and is a full-time, 10-week program (the first two weeks of this are prework, which is done at home). Our .NET (C#) Developer Bootcamp will introduce you to the fundamentals of enterprise development (.NET), the use of Visual Studio, methods using SQL databases, and how to design and deploy object-oriented applications. 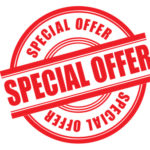 Special Offer for WJR Listeners, Friends and Family!
$500 off an upcoming coding bootcamp with Grand Circus when you mention WJR. Other scholarships are available in addition to this offer. 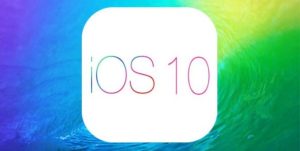 Our Mac expert Cal Carson tackled some of the hard questions about whether to install Apple’s latest mobile iOS 10.  Is it worth the gamble to install this overhaul?  Will it “brick” your iPhone or iPad?  What are some of the highlights and benefits that iOS 10.

The second hour of our show is dedicated to answering listeners’ random questions called in on 800 859-0957.

If you want to submit a question after we are off the air, use the comment box at the bottom of this page or click on the Contact button at the top of the page. 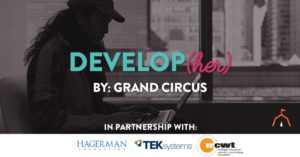 On July 18, we’ll kick off DEVELOP(her), a coding bootcamp for women in the Detroit and Flint communities. DEVELOP(her) is an innovative program that will allow us to find, train and unleash 20 female developers into the world. So why a bootcamp just for women?

Let’s take a look at some stats to explain. Women dominate the workforce and universities in the U.S. (57% for both), but when we look at representation in tech, women aren’t equally represented.Women are just 25% of the computing workforce. For those of us who decide to pursue a career in tech, less than 50% stay in those tech roles.

There’s clearly a missing link. In elementary and middle school, women have just as much interest in science, math and tech as their male counterparts. I’m sure you’ve heard this narrative. Somewhere between high school and college, a large number of us pursue a different path whether it’s because of a lack of exposure, misinformed beliefs or not seeing any STEM sheroes.

I think about myself as a kid—in addition to dancing (during softball games) and singing (really anytime I could), my idea of fun was having my siblings write me math “homework.” I now do a lot of really cool things in my job and majored in something I was wholeheartedly interested in, but math and science aren’t a part of my day to day. I know I’m not the only one with a similar story.

Grand Circus created DEVELOP(her) because we believe the best way to change the narrative about women in tech is to take action. DEVELOP(her) will increase the number of women in the tech industry and support them as they grow in their technical roles. We have three incredible partners who also believe that the tech industry should reflect the diversity of our communities. Through the generosity of The Hagerman Foundation and TEKsystems, this program is completely free to participants. The initial class will consist of 20 women who will receive 10 weeks of training followed by early career mentorship through the Michigan Council of Women in Technology. (MCWT, by the way,

is on a mission to make Michigan the place to be for women in IT.)