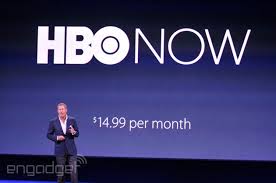 HBO’s long-awaited standalone subscription service is coming next month, and Apple TV has been announced as the company’s “exclusive” launch device. Viewers will be able to watch HBO Now from web browsers, but Apple TV is the only streaming box getting it to start. An app for iPhone and iPad will be released, as well. “All you need to get HBO Now is a broadband connection and an Apple device,” said HBO CEO Richard Plepler. Priced at $14.99 per month, HBO Now will offer access to HBO’s entirely library of original shows and also its large catalog of feature films.

Read the Rest of the Story on The Verge