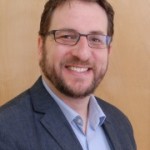 This morning the FCC voted to protect real Net Neutrality — marking the biggest victory for the public interest in the agency’s history.

Even a few months ago this victory didn’t seem possible. Last May, FCC Chairman Tom Wheeler ignored the public call for real Net Neutrality — and instead released a proposal that would have allowed pay-to-play fast lanes online.

Comcast and its pals thought they’d won the fight. But Free Press members and millions of people across the country proved them wrong. After a year of relentless activism, Wheeler reversed course — moving to give Internet users the strongest protections possible under Title II of the Communications Act.