Can Apple Pay Succeed Where Others Have Failed?

Apple wants to replace plastic credit cards with the Apple Pay mobile wallet and the new iPhone 6. Will it finally be the one to succeed? 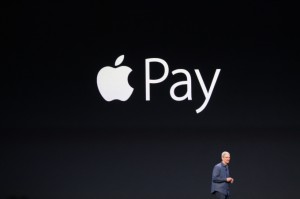 Apple’s iPhone 6 and iPhone 6 Plus will come with an NFC chip that will allow users to pay for things by tapping their phone.
Apple
The new Apple Pay service is not much different from other mobile wallets already on the market, but it’s likely to have a better chance than any other solution of getting people to use smartphones to pay for things.
Google, PayPal and joint venture Softcard (formerly Isis) — made up of three of the nation’s largest wireless operators — are just a few of the companies that have spent years and millions of dollars trying to convince consumers that they should chuck their plastic credit cards and instead pay for things with a smartphone or mobile app.
Now Apple is getting into the game, unveiling Apple Pay this week at a splashy event that also introduced the Apple Watch and the big-screen iPhone 6 and iPhone 6 Plus to the world.
But so far, consumers have not seen a real need to stop using the plastic cards that already line their wallets. As a result, very few people have actually ditched other forms of payment in favor of using their phones. The number is so small in fact, most market research firms aren’t even tracking it.
“Contactless mobile payments is a rounding error for the big payment networks,” said James Wester, global research director for mobile payments at industry analyst firm IDC Financial Insights.
The reason? It’s simple. Consumers don’t have a problem paying the old-fashioned way.