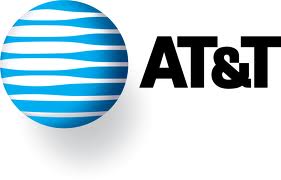 Just in time for Christmas AT&T put the bow on a nice package of Nokia devices: the Nokia 2520 tablet and Nokia Lumia Win Phone 8 models including the outstanding 1020.  Thanks to new friends at the super telco, I was able to obtain a review copy of both the 2520 tablet and 1020 phone with full access to AT&T’s super fast 4G LTE network.

The New Mobile Paradigm
Remember when phones were just for calling people? If  you do, you may also vividly remember Ronald Reagan’s presidency.  The new reality is that a fast growing segment of we cellphone users who carry smartphones are carting around supercomputers in our pockets and purses.  We have discovered, however,  that their relatively small footprint does not give us the kind of viewing space and manipulation that we are being invited to enjoy by increasing numbers apps and  streaming sources.  Hence the rise of the tablets and hybrids to bridge the gap. The combination of smartphone and tablet have become a new Mobile Paradigm.

AT&T has been the biggest proponent of Windows Phones among the telcos and Nokia is for all intents and purposes the biggest source of those phones.  No wonder then that starting late November 2013 AT&T would offer a combination package.  Customers could purchase the Lumia 2520 for $399.99 with a two-year agreement, or for $199.99 with a two-year agreement when bundled with a Nokia Lumia 925, Nokia Lumia 1020, or Nokia Lumia 1520 smartphone. I tried out the 2520 and Lumia 1020 combo. 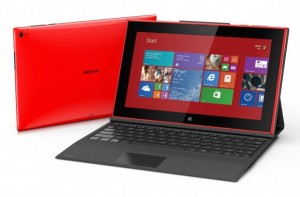 Briefly this device is the first Nokia tablet ever released and it runs Windows 8.1 RT . It has all of the refinements and quality build of the renowned Finnish manufacturer but also some strange flaws. It’s polycarbonate body has the same feel as the Nokia phones which means that it will fall out of your hands if you are not careful a dozen times in the first few days.  It also runs Windows 8.1 RT and not Windows 8.1 Pro which means that it can only run Windows 8 Metro apps accessed through the Windows Store and not the full range of legacy Windows x86 programs. On the other hand it comes with Office 2013 installed and accessed to the Internet both through the tiled interface and the more traditional desktop look.

Rather than attempt a full technical review of the 2520 let me point you to an excellent review by Mary Jo Foley, one of the two outstanding Windows Watchers (Paul Thuroff of Supersite for Windows is the other).  Her analysis is positive on most accounts except for two areas with which my experience concurs:

I actually  had become quite accustomed to the Windows 8.1 RT operating system before I got my hands on the 2520.  Microsoft had loaned me a Surface 2 with a Typepad keyboard and found that I could get along very well with all the features and apps that this lean OS provides.  I never got to a place of missing any important Windows programs (full disclosure, possibly because I switched to a Mac three years ago!)  In addition the handy Micro SD slot gave me 32GB of space for extra storage and Nokia’s own set of apps such as Here maps and Nokia music were an excellent addition to the tablets functionality.

I realize that this is giving a rather cursory look at the workings of the 2520 but, as I pointed out, brighter minds than mine have analyzed this.  Suffice it to say that the Nokia 2520 functioned just fine for the kind of mobile computing I need such as dealing with email, Facebooking, watching video or other streaming content and using the Office 2013 suite for the occasional Word doc.

There are quite a few things that could be mentioned from the proprietary power plug (who isn’t accepting this stupid way of thinking nowadays…eh, Apple?)  to the strange USB 3 port that requires its own unique dongle to connect any USB device.

For practical purposes the biggest missing item was a kickstand which meant that the 2520 wasn’t “lappable”, i.e. didn’t sit comfortably on my lap while I was sitting on the couch .  This means that you are forced into the uncomfortable position of holding this slippery device and manipulating it with your thumbs without any support.  While it isn’t very heavy, the weight “grows” as you have to hold up the device for any length of time.

All of this is why the strangest thing is that the promised powered keyboard/stand was a no show at the time of the offering on AT&T. In Mary Jo Foley and Paul Thurott’s reviews this was a definite blunder that hobbled an otherwise excellent tablet .  A colleague suggested that this was silly because there are any number of third party bluetooth wireless keyboard/stands or cases available. It begs the question, however, as to why Nokia would tout a keyboard with its own power source and extra outputs only to delay its shipping.  Strange or mysterious may fit but unacceptable was the only word that came to my mind.

Ironically for all its shortcomings, the Nokia 2520 won my heart because it not only has WiFi capabilities but comes with full connectivity to AT&T’s excellent data system.  There was no waiting to find a coffee shop with spotty connectivity and the chance for some creep to suss out my passwords while waiting for my overpriced latte to cool.  Basically I was always connected whether in my car or in a place with no WiFi and this was a truly awesome experience that suddenly took the tablet function into a whole new world of usefulness.

I have to confess however that the usefulness was also enhanced by an excellent bluetooth Microsoft Wedge Mobile Keyboard and Stand that is worthy of its own review and praise.  This excellent device uses its heavy rubber coated folding metal cover as a stand for any tablet and the bluetooth keyboard functions seamlessly.  Best of all the battery powered keyboard turns off when the cover goes back on. 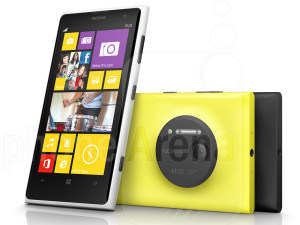 That is about the only explanation for what I was expecting to experience when I opened the box for the Nokia Lumia 1020 Windows 8 Phone, the companion device to the Nokia 2520.  In my mind it was the perfect combination: A tablet format I have come to enjoy and a Windows 8.1 Phone I had been dying to try primarily for its camera.

I enjoyed and disliked the phone as a phone for all the reasons I mentioned in my previous review of the Nokia 920.  As I said then:

“…this is one of the best Windows Phone 8 devices on the market right now.  Nokia is also continuing to define this phone segment and  impact the larger mobile device field, both with cheaper “world class” phones for developing markets and the high end users (viz. Lumia 1020’s 41 megapixel camera.)”

Perhaps I had too high hopes for the 1020 but the buzz about the camera was what made me most interested.  Those hopes were my undoing.  I had basically used the same phone  when I tested the Lumia 920 in the summer of 2013. Other than some internal improvements, nothing much had practically changed between the devices except the extraordinary camera.  In brief, while the camera does take beautiful pictures the panorama of software options for working with those images is absolutely daunting.  Right from the start I was challenged to choose one of three camera modes without the slightest idea of what it did or what to do with it once it was enabled.  All I wanted to do was take awesome pictures. Who knew it required so much effort? Well, photographers did! That’s the point; this is a photog’s phone and I am not one of them nor desire to be.  Lazy perhaps, but more likely it’s that I have better things to do with my time.

In the end this well priced package from AT&T was enticing but flawed because of the Nokia components.  The concept of having a Windows phone and Windows RT based tablet running essentially the same program and functioning similarly in so many ways (e.g. the live tile metaphor and many of the apps) is enticing. (Think iPhone 5S and iPad 3 running iOS 7)  Unless you are a diehard Windows user (Shane are you listening?) and inclined to be very forgiving, the practical shortcomings of the Nokia 2520 tablet (the lack of a keyboard at launch) and the super complexity of the Lumia 1020’s camera is at very least off-putting.  In the meantime, it is hard to fault AT&T for offering a package that is so nicely wrapped.