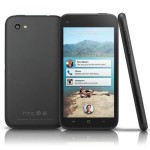 The world’s first Facebook phone has been out for less than a month and AT&T has already slashed its price from $99 to $1.

The Uber social network launched the phone to fanfare—and later, mixed reviews—in mid-April. The Android-powered HTC First featured complete integration with Facebook Home, a new app designed to make sharing even easier on mobile phones.  Unfortunately no one seemed to be waiting anxiously for the phone!