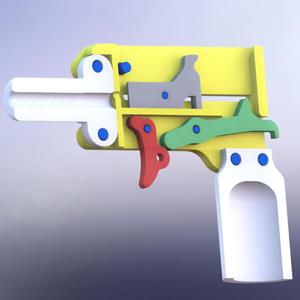 3 D printing can be described as both a dream and a nightmare come true.

“Defense Distributed, a Texas-based group working toward nonprofit status, has given Forbes images of what is being called the world’s first 3D-printed handgun. The gun is capable of firing standard handgun rounds and is made entirely of plastic, except for a nail that’s being used as a firing pin and a six-ounce piece of steel that’s designed solely to allow the gun to be detected by metal detectors.”