This week’s program launches a new feature  MiTech News with Mike Brennan.  Catch MiTechNews.Com at 4:50 PM each Saturday during the Internet Advisor. 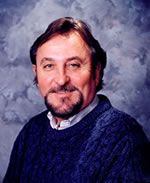 Mike Brennan is founder of Michigan News Network, and serves as Editor & Publisher of Mitechnews.Com. Brennan has worked since 1980 as a technology writer at newspapers in New York City, San Jose, CA., Seattle, WA., Memphis, TN., and Detroit. He co founded and served as managing editor of Pacific Rim News Service, which developed a network of more than 100 freelance journalists in 17 Asia-Pacific countries.

Mike also is the co author of a cyber crime novella, Cyber Styletto, which he wrote with the help of Richard Stiennon, a cyber security expert who has been on the show many times.