The ancient Mayans believed 2012 would be the end of the world and for one presidential candidate it will be!  But for some gadget makers it could be the start of a whole new era.  Join us as we preview of one of the biggest launch seasons ever for smartphones, tablets, laptops and even operating systems (viz. Windows 8).

IFA Internationale Funkausstellung in Berlin, Germany has become THE launch event for a number of brands (Samsung, Sony, Panasonic and even Dell) started August 30, 2012.
Release Dates:

Gadget Guy’s Deal of the Month: ebates Rebate site for all of your purchases.

If you are listening over the Michigan Radio Network or to our Podcasts (subscribe through iTunes) send us an email or drop your question in the Forums. 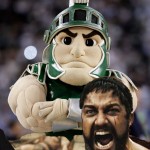 Starting Sept. 9, the Internet Advisor will be preempted this fall at times on WJR 760-AM in order to bring live coverage of MSU football.  Don’t worry, the Internet Advisor will still be on the air every Saturday and will continue to be heard on the Michigan Radio Network affiliate stations.  You can also catch our weekly programs by a) subscribing to the podcast on iTunes, b) clicking on the RSS feed button on the homepage or c) downloading the podcast from our homepage. Don’t miss a show.

Remember, the only dumb question is the one you don’t ask!