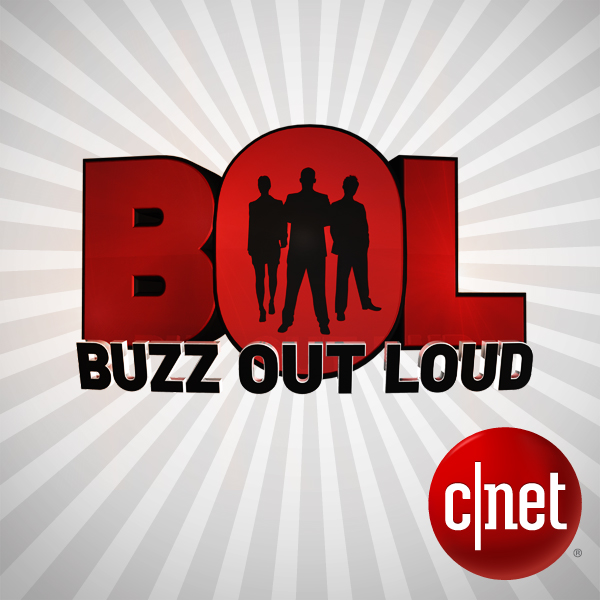 For any of you who have been fans of Buzz Out Loud, one of the original tech podcasts, I have good and bad news.  Bad News (sort of): Buzz Out Loud is ending as of its April 5 show.  Good News (we’ll see): CNET Live on demand video is about to become the main outlet for tech info on CNET (now owned by CBS)

Buzz Out Loud six years ago (something like two centuries ago in Internet years) started out as a regular tech broadcast featuring the professional news/radio sound of Tom Merritt, the often outrageous but always entertaining color commentary of Molly Woods and one of the original board ops Veronica Belmont.  It was insightful, one of the best sources for in-depth tech news and a magical mix of personalities.  Tom was alway something of the straight man, Molly, an accomplished journalist added her own crazy spice to the mix while Belmont added her own edgy, game-oriented flavor and hip “hackeresque” cache.

For those of us with voracious appetites for tech information and insightful commentary, Buzz Out Loud was like water in a weary  land. The program slowly crept its way up to an unwieldy hour or more at times and became difficult to consume in a single sitting.  Then personalities began to shift, move and change with the exception of Wood who has remained the only constant factor.  The form factor itself created many spin offs and also fed other podcasting empires like Leo Laporte’s kingdom of TWiT.  To my way of thinking, BOL was always at its best when it dipped into the deep bench of CNET commentators from Brian Cooley on cars to Bonnie Cha on cellphones.  In all reality CNET was becoming as many-faceted a creature as the industry around which it was desperately trying to get its arms.

Eventually CBS lumbered into CNET’s successfully expanding empire and summarily swallowed the whole thing.  Changes accelerated in personnel and hosts at BOL and video became the common thread with all the podcasts that CNET birthed.  At the same time something that had been a common element in all the BOL teams, the chemistry between the talent, took an abrupt shift when the inside joker of the crew, Brian Tong, took over as the host of the show.  He and Molly Wood always sparked a mutual craziness that accelerated the number of inside jokes, innuendo and frankly, the speed of speech in the program (Tong is one of the few human capable of hitting Mach 2 with his mouth).  For my taste, the program became so raucous that it was hard to sift out the nuggets of tech information in which I was interested.  At the same time there were a host of other podcasts that were doing the same thing with their own special team chemistries, market segment information and clever co-hosts.  BOL incorporated video, reduced its frequency and, with its final show on April 5, will succumb to the new program trend of on-demand/interactive video.  This is not a new approach but is now becoming the main vehicle for almost all of the tech information presented through the CNET “portal” (remember that word when AOL owned the meaning?)

Molly Wood will have her own show, Always ON, which looks like a really highly produced CBS Network program (something that she seems to earnestly hope will happen in the future).  There is a trailer for the new show that will also give you an idea of what it will look like. Frankly it looks very entertaining and will avoid the perennial pitfall that all tech shows face of become a daisy chain of endless “rat holes” (side comments that could often be their own show) sprinkled with occasional insights.  Woods is very photogenic, i.e. she is not only good looking but she has a great sense of the camera and is a natural comedienne.  I hope that she doesn’t fall into the trap that so many do when going from audio to on camera/network TV: Drinking the Koolaid and believing their own PR.  There has always been a refreshing, wise-cracking, not taking herself overly seriously attitude combined with her talent as a reporter and commentator.  Her co-host Brian Tong is developing something for himself (personally I find him to be a very acquired taste) who will have his own niche with the hip and technologically sauve.

The truth is there is so much tech info available from so many good sources whether video, audio or audio/video that content has to be much more tightly controlled, better produced and in smaller doses if anyone wants to have their show consumed regularly.  Video seems to be the new sine qua non of any tech info offering and even the Internet Advisor is toying with the concept for the near future.  It is a little dangerous in our case because, unlike Molly Woods, we all have faces that are best suited to radio.