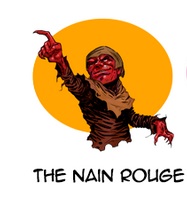 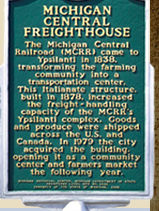 Vince Chmelewski, is the owner of Visual Compass, a web design and multi-media company out of Ypsilanti that has helped the Friends of the Freighthouse promote, gather support and crowd source funds for the project.  (Full disclosure, Visual Compass, is the power behind our homepage and its exciting renovation coming very soon.) 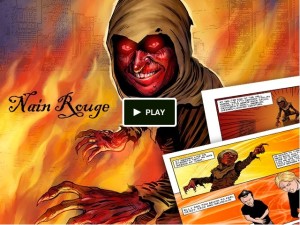 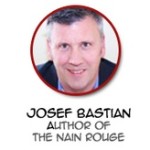 Joe Bastian is a folkteller who has resurrected the legend of the Red Dwarf or Nain Rouge, a legendary character in the history of Detroit since its founding. He joined us twice last year (Podcast 1412 and  Podcast 1429) as he launched a KickStarter campaign to raise $18,000 to produce the first novels in the Nain Rouge …